Black Perigord Truffles (tuber melanosproum) also known as the black truffle, is one of the most expensive edible fungi of the world. It’s a native species of Southern Europe, however with multiple years of experimenting here in Canada it was found by our parents Grant & Betty that our inoculated Garry Oak and Hazelnut trees could host the Black Perigord Truffles.

Most of our truffles are used to inoculate our Garry Oak and Hazelnut tree seedlings with the Truffle inoculum for sale of our Truffle trees.

The rest of our truffles are sold for culinary use to infuse with oils and other various fine dining experiences. For availability, please contact us.

The Garry Oak and Hazelnut seedlings are inoculated with the Truffles. Then with careful cultivation procedures, optimal site choices and good climate; black perigord truffle production will occur.

We sell starter Garry Oak and Hazelnut trees aged at 2 or 4 years. Availability varies, if interested please contact us.

Depending on availability, we sell various fruit starters and flowers. Recently, our fruit starters have been raspberry and grape plant starters. Our flowers vary from Lavender, sun flowers, and more.

Depending on what is available, we usually put out our available stock at our stand located at the front gate of our farm. Please bring cash if interested. If interested on availability, please contact us. 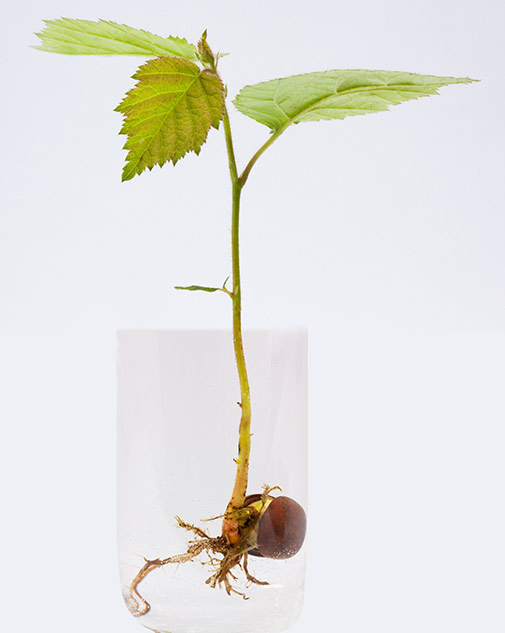 How Do Truffles Grow in Canada?

The Black Perigord Truffle and all truffles are a mycorrhizal fungus, and it can only complete it’s full cycle with a host plant; such as our Garry Oak or Hazel trees. Truffle growers use agronomic techniques aimed at the production of truffles.

Joseph Talon ( 1793 – 1873 ), a native of the hamlet of Croagnes, in Saint-Saturnin-d’Apt , had the idea of ​​planting acorns in one of his lands in 1808. About ten years later, while he was hiding with his pig, it came out of this earth several kilos of black rabasses . This fine harvest of truffles encouraged him to continue. He bought bad land and sowed it with acorns.

The success was there. Joseph Talon got rich, it was the Apt market broker who spilled the beans. Talon made a fortune with his truffles. As everyone had seen him plant acorns, he was imitated. The foothills of the mountains of Vaucluse , covered with oaks, more than 200 owners were applicants and in a hurry. Joseph Talon then sold truffle plants, the first mycorrhizal plants in history.

The rumor spread as far as the truffle market in Carpentras, Auguste Rousseau, a truffle trader, in 1847, bought himself from Talon. And when he presented his truffles at the universal expo in Paris, he won the gold medal. Truffle farming was born. This allowed, in 1875, the municipality of Saint-Saturnin d’Apt, to sell six tons of truffles. In 1909, 35,000 kilograms were sold on the Apt market . The participants in the second international truffle meetings which took place in Ménerbes on January 19, 2008 paid homage to Joseph Talon, the father of modern truffle growing and recalled that the Vaucluse is its cradle.

Here in Canada, Trufficulture and the farming of Truffles was brought here by our parents Grant & Betty Duckett. They began their trials in the early 2000s and found the same success as Joseph Talon. We continue the Trufficulture here in Parksville, Canada at The Truffle Farm of Parksville.

Inquire for Availability
Let's Chat Looking for some farm products or a unique experience?